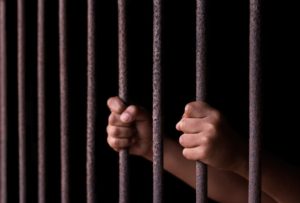 The principal of the firm, Al Hofeld, Jr., worked on his first police brutality cases – for young men who were the victims of torture by the infamous Chicago police commander John Burge - during law school nearly twenty years ago.

Police officers who abuse their authority by violating the constitutional rights of citizens - all too often citizens of color - should be prosecuted to the full extent of the criminal and civil law, and the city whose policies produced or permitted those abuses should also be held liable. We handle the following types of police misconduct cases:

At the Law Offices of Al Hofeld, Jr., we have always known that Chicago has a long-standing, serious problem when it comes to fair, equal and constitutional policing of citizens, especially our citizens of color. On December 9, 2015, for the first time in Chicago’s history, a Chicago mayor publicly admitted that the Chicago Police Department has a “code of silence” that protects officers who do wrong and a culture of policing that led to the needless and barbaric shooting of a young African-American man, Laquan McDonald.

At the Law Offices of Al Hofeld, Jr., LLC, we do not shrink from “fighting city hall” by aggressively prosecuting civil litigation against the City of Chicago, other municipalities and the police officers responsible for inflicting injury on our clients. We fight long and hard in federal or state court to win compensation for our clients and their families, to make new law, and to deter future misconduct. If you or a loved one has been the victim of serious police misconduct, please contact our firm. Statutes of limitations are short - one and two years – so contact us today: 773-241-5844.

Our offices are located in Chicago, IL.