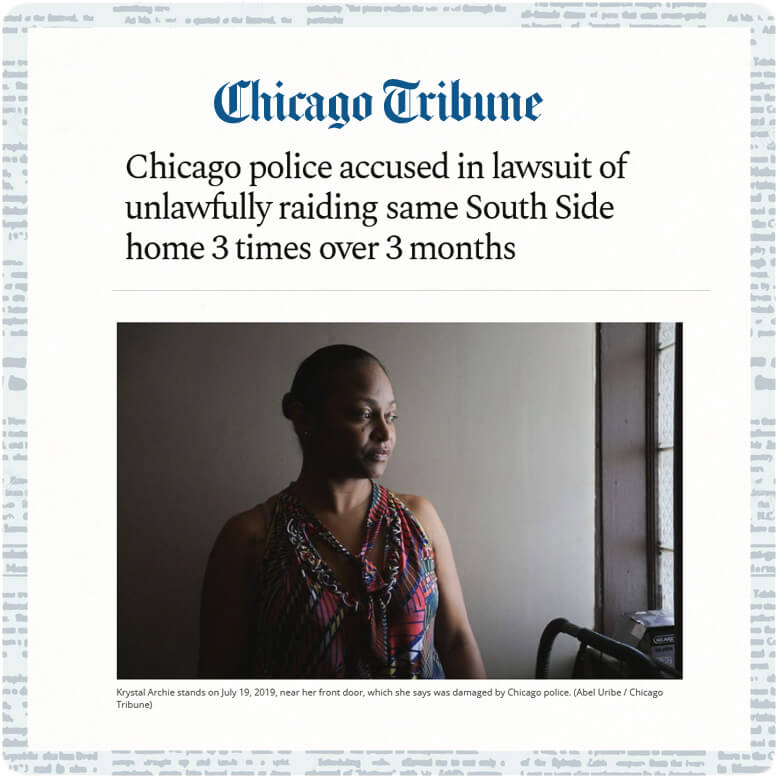 The use of excessive force by police officers is far too common and prevalent. Many people who experience unnecessary force aren’t aware that it’s excessive at the time; however, it is worthwhile to seek financial retribution for the injuries that you have suffered.

Law enforcement officers go through extensive training for all types of high-risk scenarios and situations. They are responsible to use their best judgment to determine the minimum amount of force required. If they exceed this, they are using unnecessary and excessive force.

If you have suffered any of these injuries as a result of excessive force used by a police officer, you are entitled to file a claim. A Chicago police brutality attorney will go over every detail of the incident with you to determine why the amount of force used was unnecessary and excessive.

Types Of Brutality That Chicago Police Brutality Attorneys Can Fight

At Al Hofeld Law, our Chicago police brutality attorneys are determined to help victims fight back against the broken, corrupt, and unjust system. We will work closely with you through every step to ensure that you receive a fair and just verdict.

What You Should Do If You’ve Experienced Police Brutality

If you have recently experienced police brutality and aren’t sure of what to do next, don’t worry. Your lawyer can help with everything and guide you through the process so that you can successfully receive compensation for the abuse that you’ve faced.

At Al Hofeld Law, we have seen firsthand how police brutality causes detrimental repercussions to its victims. Consequently, our Chicago police brutality attorneys work tirelessly to fight the unfair and unjust treatment of these citizens.

We are not afraid to litigate against the City Of Chicago and any other parties responsible for causing damage to our clients. If you are a victim of police brutality, don’t wait to file a claim. To work with a Chicago police brutality attorney, call us at (773) 241-5844 to get started!

IF YOU ARE A VICTIM, WE CAN HELP YOU.